Mitchell Stein- Somehow since it’s release, Frozen has become an incredible instant classic, becoming the highest-grossing films of all time, and one of the most beloved Disney films in many years. Just under an hour ago, ABC finished airing The Story of Frozen gave us an insight behind-the scenes for this fantastic film and what’s to come from Disney’s latest cash cow.

What I’m not going to do is not tell you if it’s good or not, because I am assuming we’ve all seen it by now, but what specific points seem to stand out for me and what I hope to expect in the future from the franchise.

The beginning of the special introduced us to some of the cast and crew of the film. The crew takes us through a quick journey which brings us back to the days of Walt Disney and the original concepts for The Snow Queen which would eventually become Frozen. The entire crew did a brilliant job on taking us behind the scenes and showing the journey on developing the Frozen characters, from early concept sketches to final animation, the work that went into this film is brilliant.

Beyond that, we look at some of the story development that w

ent through many rapid changes. Originally in the new concepts, Elsa was a villian at first, but they swapped that idea when the Lopez’s working on Elsa’s song, switching out the original villain song for Let It Go, and an idea from John Lasseter, which would change Elsa’s character from the evil villain into the misunderstood sister in the final draft. We also see some footage from the crew’s trip to Norway to learn more about the architecture and culture in order to translate into animation and the promise of a big announcement was on the way.

Frozen, and the incredible TV special we saw tonight are just some of the examples of what kind of impact this film has had on the studio and the world, and it’s quite clear this cultural phenomenon isn’t going to be over quickly. The only questions that stand in the way are what direction Disney is planning to point them in.

Tonight they revealed that the studio is working on a brand-new short to premiere in Spring 2015 (no word on where the short will be shown) named “Frozen Fever” (which oddly is not about the overload of Let It Go parodies you’ve seen online). Another big project set to premiere soon is the characters of Frozen appearing on Once Upon a Time‘s fourth season in just a few weeks. While these are just a few big things, I have to say I’m really surprised how Disney is really holding back from milking this major cash cow that they have. 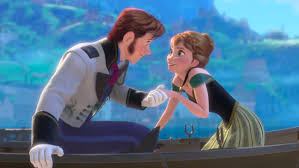 Many people (myself included) were hoping for a little more to come out of the announcement, with major rumors like a potential Frozen themed attraction replacing Maelstrom in Epcot, or a sequel led nowhere, at least for tonight’s special that is. I have no doubt that we will hear some announcements about these eventually, and it’s highly possible they’re already concepts floating around at Disney, but why they are holding back on making these plans public are beyond me. My guess would be that Disney is holding back and just seeing how popular Frozen will be and how long this “Frozen Fever” can go on for, to see if it’s a viable franchise.

For the future of the franchise, what I would like to see is a theme park tie-in, like Epcot’s Norway would be a viable option to settle the characters, possibly a spot in Fantasyland. I wouldn’t be surprised if they happen to land a show in Disney World sometime soon. With the American Idol Experience theater empty, it seems pretty possible a show may end up in that spot. I would also love to see a Frozen television series. Once Upon a Time will likely go in the opposite direction Frozen should be going in, so I think a television series, done in the same great fashion Disney series in the 90’s such as The Little Mermaid, Aladdin, and Hercules did before it. I think that would be a smart next move for the characters and would keep them in the spotlight for enough time for the folks over at Disney Animation to come up with the next Frozen feature film masterpiece. Whatever it is Disney is holding back from, I hope it’s just because perfection takes time.

What would you like to see Frozen do next? Feel free to share your thoughts in the comments below!