One of the greatest things about being a Disney fan is that no matter how many times one can visit the Disney Parks, each new visit offers something new and original, giving each visit a new and memorable experience. That’s why we’re always thrilled to learn that this upcoming summer will be no exception to the rule and Disney fans will be pleased to learn about some of the new additions being added to the Walt Disney World experience. While some areas of the park are still under transition to make way for additions such as ‘Star Wars Land’ at Hollywood Studios, there are still plenty of new exciting experiences opening up throughout all four Disney theme parks, and so today, we’re taking a look at some of the amazing experiences that we currently know about and are coming to Walt Disney World beginning this summer.

Pandora: The World of Avatar (Opening May 27th)

Starting off this list is, of course, Disney’s largest and most notable addition this year. While the inclusion of Avatar, a non-Disney franchise is a Disney theme park is certainly still an odd fit, there’s no denying that the new world certainly looks wonderfully impressive and is bound to be one of Disney’s most groundbreaking projects yet. We hope that Pandora can at least continue Disney’s Animal Kingdom’s message and dedication to world conservation and the environment and we can’t wait to see what Disney’s team of Imagineers can lend to brining this incredible world to life in a real physical experience.

The Music of Pixar Live! (Starting May 26th)

Another very interesting addition coming to Walt Disney World is a brand new nighttime show and concert dedicated to the amazing music of Pixar films. Performing nightly in the Theater of the Stars, the current home of Beauty and the Beast-Live on Stage!, the show will be a symphony of songs and scores as featured in Pixar films, featuring appearances by characters from those beloved Pixar films. We’re excited to see this incredible music performed live and to see Disney’s newest show offering.

This delightful nighttime show was intended to debut last summer at Disney’s Animal Kingdom, but for reasons unexplained, the show got kicked around in limbo for several months as Disney solved the technical kinks holding back the show from debuting. Finally, the show debuted last month at the park just in time for the upcoming summer holidays. Be sure to catch this incredible show now performing nightly. Better late than never, we guess.

Happily Ever After- Nighttime Spectacular (Beginning May 14th)

While we are awfully sad to see the legendary Wishes fireworks show come to an end at the Magic Kingdom, we are overly excited to see Disney’s next addition unfold beginning this May. The new fireworks extravaganza titled Happily Ever After will combine projection mapping, pyrotechnics and fireworks in order to create a truly amazing experience in front of Cinderella Castle. Not much is known of the show at this point, but we can’t wait to see its spectacle when it debuts this summer.

While this addition is one that recently open, it is the perfect addition for guests travelling to the park during the hot summer hours. Over at Disney’s Typhoon Lagoon, Disney debuted a brand new water-raft style slide, Miss Adventure Falls. As one of the longest water rides in all three of Disney’s water-parks (we’ll never forget you, River Country..) this is a delightful addition not to be missed. 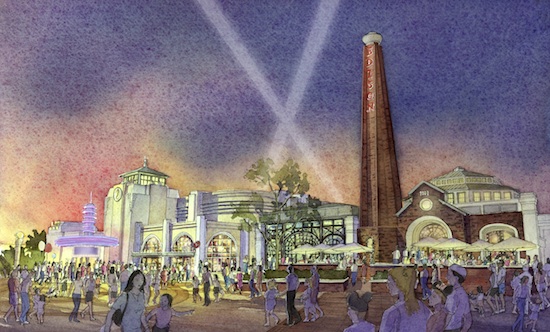 Ever since Downtown Disney made it’s transition into Disney Springs, the area has been proud to offer a wide range of unique experiences and that only continues this year as well. 2017 saw the addition of the newly renovated and redesigned Planet Hollywood Observatory, a new dining experience at Paddlefish, formely known as ‘Fulton’s Crab House’ on the centrally-located yacht in Disney Springs is now open for business and Disney will debut two new restaurants this year, including The Polite Pig and The Edison, which is an incredible new dining experience modeled as a 1920s electrical power plant. Disney continues to prove that they can make anything fun, and continue to bring creative ideas to create dining experiences unlike anything else.

As you can tell, there are many new incredible additions coming to Walt Disney World this summer, and we can’t wait to experience them first-hand. Whether it’s other-worldly endeavors like a trip to the world of Pandora or a splashing ride down Disney’s newest water park addition, there’s plenty of new fun to be found at Disney once again.

What are you most looking forward to this summer?