Ten years ago to this day, the legendary Walt Disney World theme park, Disney’s MGM Studios officially rebranded as Disney’s Hollywood Studios, with all signage bearing the MGM name and logo removed almost overnight. The park donned new signage, posters, merchandise, and park maps and there’s been little indication of the former MGM name, save for MGM-owned sequences in The Great Movie Ride, which closed last year. The change from MGM to Hollywood Studios may have been a basic name change that put Disney as the sole studio in their movie-based park, but the change has had a prominent effect on the history of the park. Much has changed in Disney’s Hollywood Studios since that day in 2008, with an entire park in transformation. Today, we take a look at the many changes that have come to the park within the last ten years, and what the future may hold as a result of those changes.

Since 2008, perhaps the biggest change about Disney’s Hollywood Studios is that, well, it’s not really a studio anymore. Disney’s MGM Studios was home to an actual, functioning studio that filmed and created productions for The Walt Disney Company. That not only included live-action films, but animated films as well, that were animated in The Magic of Disney Animation, which is now closed. In recent years, Disney has seemed to attempt to move far away from the studio theme that the park was built on, even without a working studio, Disney has closed nearly all of their movie studio themed attractions, including the Backlot Tour, Streets of America, and The Great Movie Ride. The park is now more focused on the journey into your favorite movies, rather than the movie making process behind it. Much has changed in the last ten years, and when Toy Story Land, Star Wars: Galaxy’s Edge, and Mickey and Minnie’s Runaway Railway open, the park will probably be unrecognizable. 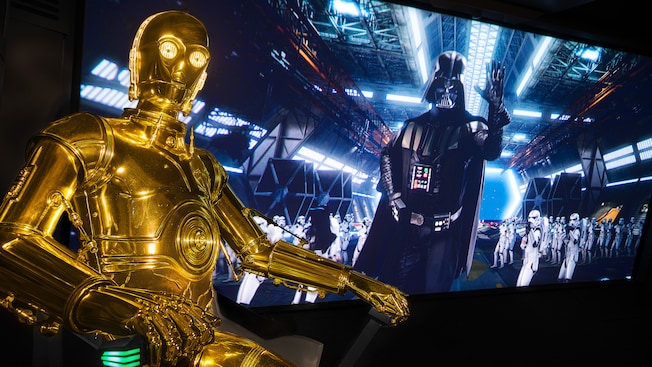 The Disappearance of Non-Disney Franchises:

Perhaps one of the most interesting aspects of Disney’s Hollywood Studios are that almost all of the parks’ non-Disney franchises that were included in the parks earliest years are now nearly all Disney-owned. Those properties include The Muppets, Star Wars and Indiana Jones, and quite a few more if The Great Movie Ride had remained open (including the iconic Alien sequence). Much has changed in regards to those non-Disney franchises in the last ten years, most notably, the $4 billion dollar purchase of Lucasfilm, that included Star Wars. Now ten years later, Disney’s Hollywood Studios is gearing up on construction for a 14-acre wide Star Wars themed land, which opens in 2019.

As a whole, the Studios have changed almost entirely, especially visually. From the centerpiece of the park, the Sorcerer Mickey hat that adorned the entrance of the park from 2001-2015 was removed, now exposing the Chinese Theater once again. The Animation Courtyard has changed entirely, removing The Magic of Disney Animation and replacing it with Star Wars Launch Bay. Elsewhere, the Hollywood-esque Streets of America along with The Backlot Tour are gone, as is the previous iteration of One Man’s Dream. Over in the Muppet Courtyard, now known as Grand Avenue, the layout of Muppet-Vision 3D has changed considerably to fit in with the new area. Much has changed throughout the park, making it an entirely different experience than it was back in the days of MGM Studios.

As mentioned, Disney’s Hollywood Studios is a park currently under transition, and sadly that means many closures and removals throughout the park. In the past few years, attractions lost included The Great Movie Ride, The Backlot Tour, Lights Motors Action, Streets of America, and much more. Other upcoming closures include Toy Story Mania for a short time this year to integrate the upcoming Toy Story Land. We’re sure Hollywood Studios will be unlike any other theme park experience when both lands open, but at the moment, the park still has less attractions than it ever has.

But above all else, Disney’s Hollywood Studios has a potentially promising future ahead of it. Star Wars: Galaxy’s Edge looks absolutely incredible, Toy Story Land looks like it has the potential to be equally entertaining, and it’s still too early to predict how Mickey and Minnie’s Runaway Railway will look, but we have high hopes. While Disney’s Hollywood Studios clearly lost the theme that its legacy is built upon, the park is heading in a new direction. For that reason, much has changed in just the last ten years. But, we eagerly look ahead to the promising future that this park holds, and we can’t wait to see what Disney may do with it next.