This summer saw the release of the sixth and final installment of the Disney and Chronicle Books series, They Drew As They Pleased, which chronicled the hidden art of Disney legends from Disney’s first golden age, and finishing with the current golden era at Walt Disney Animation Studios. The series is unlike any other series published by Disney, or even the regular Art of… books coinciding with the release of movies. This series is a deep dive into a selection of partially unsung Disney legends who have made invaluable contributions to the company through their artistry and storytelling. With this last book, the series meets its completion, showcasing the talent and artistry it deserves.

The final They Drew As They Pleased book, subtitled The Hidden Art of Disney’s New Golden Age: The 1990s to 2020  brings the series to a satisfying conclusion. What’s truly unique to see is that even though this book focuses largely on the era mentioned above, so much of the story and influence of these artists is deeply rooted in the classic Walt-era. The book begins with by showcasing the work of Joe Grant, who at one time, was Walt’s right-hand man and “idea guy.” The book even takes a bit of a dive into the realities of the story, Ultimately, Grant left the studio, infamously not receiving credit for the Disney classic Lady and the Tramp, even though the idea for was his own, even inspired by his own cocker-spaniel named Lady.

The book dives into some of the long-forgotten projects of the company and the inspiration that brought it to fruition, or in some cases, that ended in sometimes bitter cancellation. Joe Grant famously championed the idea for a musical short about a cat who was terrified of its own tail, which against all odds ultimately became the Disney short Lorenzo. The short was an original idea of Grant’s that was conceived as far back as 1949, and was shelved shortly after. When Grant was invited back to the studio in 1989, he continued to pitch the idea for his short, which would become a part of the series of sequences planned for Fantasia 2006. When the third Fantasia film was canceled, Lorenzo, along with several other shorts planned for its release, were released theatrically with other Disney-owned releases. After many decades of championing for his original story, Grant’s idea was released in 2004 alongside the largely forgotten Touchstone Pictures film starring Kate Hudson, Raising Helen.

Moving further into the modern era of Disney Animation, the book features the likes of Hans Bacher, Mike Gabriel, and Michael Giamo, all absolute Disney legends in every right of the word. These three artists are masters of composition, color, and depth, who, with their talent and deep understanding of visual storytelling, have shaped some remarkable choices behind many Disney classics. It’s truly fascinating to witness the number of times these four artists have encountered each other’s work, and the influence they have left upon Disney artistry has a whole. For instance, perhaps you may not be familiar with his name, but if you’ve watched any Disney movie since 2006, you’ll undoubtedly be familiar with Mike Gabriel’s work; he’s the talented artist who designed the opening logo for the Walt Disney Studios and Walt Disney Animation Studios.

As with all Disney projects, in order to convey theme, character, and emotion, Disney employs their artists to create concept art and color palettes for the film, which will act as a guide to the look and feel of a movie. To have the opportunity to look through the unparalleled masterpieces of these artists, that led the design and feel of classics like The Lion King, Hercules, and Mulan, to name a few. Perhaps even more fascinating is witnessing the artistry behind projects that did not quite make it, either canceled altogether or reinvented under different names. There’s quite a bit of insight into projects like Sweating Bullets, which was completely reinvented and became Home on the Range, and American Dog, which would become unrecognizable when it became Bolt. Among these projects were ideas like Wild Life, I Am, Fraidy Cat, and My Peoples, all ideas that would ultimately become abandoned, but who’s artwork now lives on forever. To top this all off is some gorgeous artwork for Disney’s now-abandoned project, Gigantic, which was to be released in 2019 and directed by Tangled’s Nicholas Carreno. Gigantic’s artwork showcases a film that is stunning, and it feels somewhat of a shame that the project will never live on, other than in the mere forms of concept art found in this book.

These four artists have been paramount to the success of the new golden era of Disney filmmaking and artistry, and They Drew As They Pleased: Volume 6 is the perfect conclusion to bringing this series to the present. This book is a touching tribute to the legacy that the artists that Disney will leave behind forever, and showcase the many ways in which their talent has shaped Disney storytelling. However, it is also a recognition that no matter how much has changed in animation at Disney, at the heart of it all, the same core principles remain, and the legacy of the studio remains the same to this day. While I am sad that this means the end of the They Drew As They Pleased series, author Didier Ghez has done another fantastic job chronicling the treasured history of Disney animation.

They Drew As They Pleased: The Hidden Art of Disney’s New Golden Age: The 1990s to 2020 is now available to purchase online. 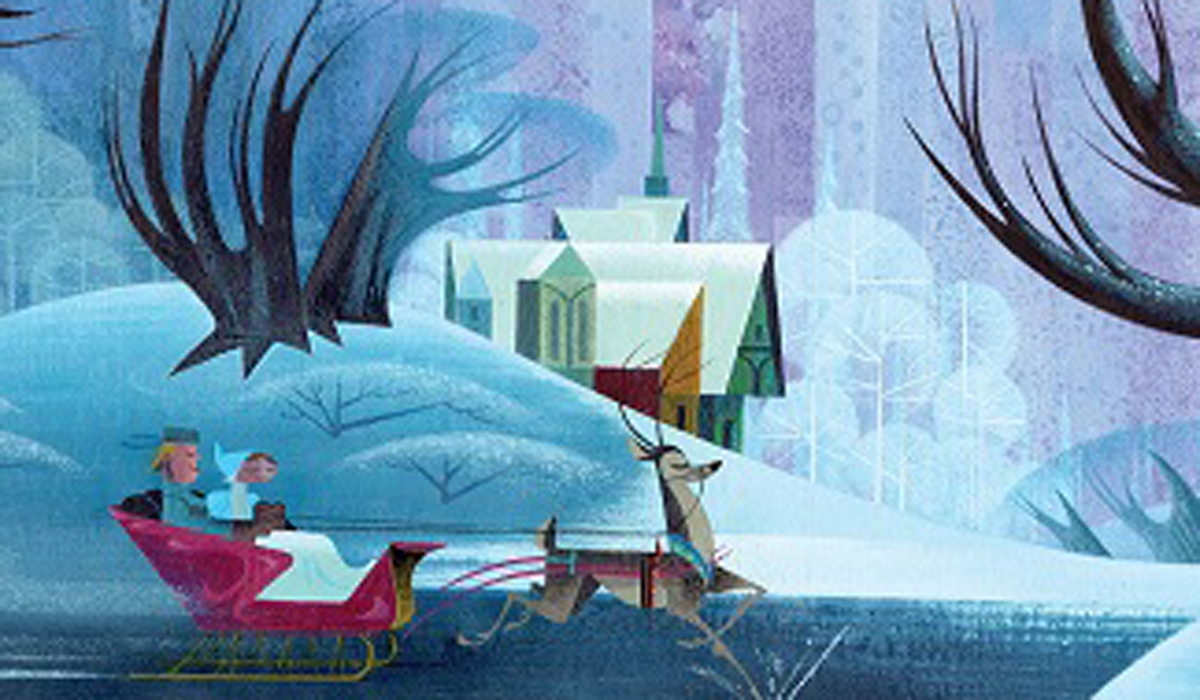