There’s nothing like the holidays at Disney Parks, which quite often literally transform overnight to celebrate the holiday of any given season. Anyone who visits Walt Disney World or Disneyland during the winter season will know that the parks are adorned with gorgeous lighting, seasonal shows, and character parades, or during the Halloween season where all the spooks come out for a swinging wake. Naturally, such memorable magic does not get created as quickly as the overnight decorations are adorned, and there are entire teams dedicated to creating the holiday magic year-round. A new book, Holiday Magic at the Disney Parks: Celebrations Around the World from Fall to Winter hopes to showcase just that, and takes a wonderful dive into the creation of the unforgettable holiday experiences, both past and present.

Holiday Magic at the Disney Parks is written by Graham Allan, a writer for Disney twenty-three magazine, Rebecca Cline, director of the Walt Disney Archives, and Charlie Price, a Cast Member noted for his work at Disney Consumer Products. The three authors do a wonderful job at highlighting the process of bringing experiences to life, delving into their inspirations, told so eloquently through spectacular imagery and text. From obscure Disney Parks celebrations, like the somewhat bizarre Mickey Mouse Club Circus at Disneyland in its infancy, to the modern Haunted Mansion Holiday, this book strives to chronicle all that the Disney Parks us notable for in their celebration of the holiday season.

Most notably, this book truly takes readers on an international journey to all the Disney Parks across multiple continents, highlighting the holiday celebration everywhere from Disneyland to Shanghai Disneyland. The most interesting thing, of course, is to learn how these celebrations differ. There are also several pages dedicated for you to mourn the defunct holiday celebrations (we still miss you Osborne Family Spectacle of Lights…), and the new experiences that build upon pre-existing ones. Naturally, a section on attraction overlays highlights the most notable of the last few decades, including the Country Bear Christmas Special, still running seasonally in Tokyo Disneyland, to the Jingle Cruise.

Not to be forgotten are the shows at the parks, including the now-famous Candlelight Processional that occurs every year at Disneyland and Walt Disney World, hosted each time by another celebrity. These iconic shows formed a legacy at the Disney Parks that remain a major part of why the holidays are endlessly unique and different at the parks throughout the year. You’ll even learn a thing or two: for instance, did you know that for the major tree showcase on Main Street USA, Walt Disney World made its switch to using artificial Christmas trees in 1998 and Disneyland in 2008? You’ll also take a small dive into understanding the design of such set pieces, including the very conscious color choices, such as its light blue color palette, to evoke a soothing color that blends with its Main Street-surroundings and their respective castles.

Most fascinating is the notion of how to tackle celebrating the holidays in story locations that could contradict their respective time and place. For instance, at Pandora: The World of Avatar, the Valley of Mo’ara is adorned with minor decorations to indicate the presence of the human visitors to the planet Pandora. This blends alongside the pre-existing Na’vi culture, which of course, are not familiar with nor uphold any holiday traditions held on Earth. Much care is put into how the story can be upheld while maintaining the goal of creating a festive atmosphere for all guests.

As the Disney+ series, One Day at Disney showcases, the magic at any division at Disney does not happen by itself, and it takes many talented teams to bring together the magic that guests and consumers experience each day. This book follows in that footstep of highlighting the incredible work that the team at Disney Holiday Services has become so well-known for. Though this book won’t exactly give you an inside look into the operations at the holiday warehouses and Disney Parks Live Entertainment offices, it is a delightful look into the experiences we’ve come to know and love. A gorgeous blend of stunning photography and history, this book is a great spotlight on a beloved aspect of the Disney parks each and every year.

Once again, the three talented authors of this title have done a superb job at showcasing one area of the Disney magic that can tend to get overlooked with regard to the seemingly seamless magic that transforms parks overnight. As gatekeepers of Disney history, Rebecca Cline, Graham Allen, and Charlie Price take readers on a great journey of fun and festivity across all holidays and the unending care and devotion put into making these spaces as stunning and interactive as possible. Though this book was undeniably published in what ultimately became a tough year, with COVID keeping Disneyland’s doors shut for the holidays and the foreseeable future, and now Disneyland Paris and Hong Kong Disneyland among it, this book remains a great showcase of the magic that will one day return. If you need your Disney holiday fix, or love to learn more about Disney history, Holiday Magic at the Disney Parks is a perfect book for this winter season.

Holiday Magic at the Disney Parks is now available to purchase online. 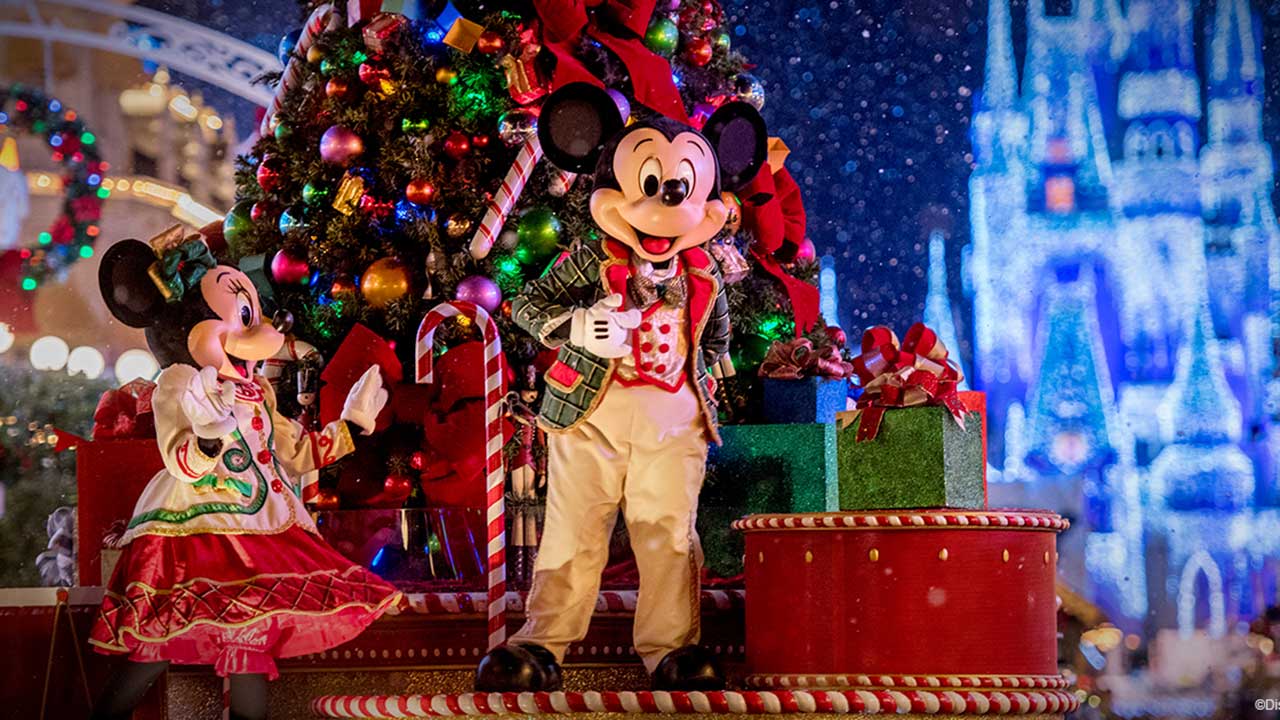