An essential rite of passage associated with any visit to the Magic Kingdom, it’s difficult to think of any other mode of modern transportation, and one as quintessentially Disney as the Monorail is. Any previous guest to Walt Disney World can recall the moment of boarding the Monorail and being greeted by the golden tones of its storied narrators, from the original Jack Wagner era to the current Tom Kane greeting you with a “Hello everyone, and welcome aboard the Walt Disney World Transportation system.” Even it’s bi-lingual safety line, “Please stand clear of the doors. Por Favor Manténgase Alejado de las Puertas”, is something etched into the memory of Disney fans. How did this seemingly unpractical and unnecessary mode of transportation become such an essential part of Disney’s history and come to represent the company for over a generation? The Disney Monorail: Imagineering a Highway in the Sky answers just that.

Whether you’re a frequent visitor to Disneyland, Walt Disney World, or Tokyo Disneyland, the monorail is undoubtedly a relevant part of the Disney experience on any coast. At Walt Disney World, it is hard to forget the glorious sweeping feeling of pulling up into the Magic Kingdom and overlooking Main Street, U.S.A, and Cinderella Castle, in a moment so perfectly framed as if it were the work of a master cinematographer. The monorail serves function and purpose, pulling guests from the world they left behind when they parked their car, and transporting them to the fantastical lands they are about to enter into. Though he didn’t live to see it, Walt Disney’s passionate monorail projects achieved the exact theme park vision that he desired to do with the vast space that Florida provided him with.

Walt Disney was always a man on the move, imagining, and designing new ways to live and solving complex issues, like transportation. He envisioned the monorail as a cornerstone of the future of transport, and it was one of the primary concepts in his plans for the city of the future, called EPCOT. In 1959, the Disneyland-Alweg monorail debuted, marking a new era for the struggling Tomorrowland. The Disney Monorail chronicles Walt’s fascination with transport and the space age, two interests so perfectly married with the Disneyland monorail in 1959. With it’s Buck Rogers-inspired design credited to Disney Legend Bob Gurr, the monorail ushered in a new pivotal moment for Disneyland as a home of ingenuity and added another layer of the kinetic energy of a Disneyland on the move.

The Disney Monorail does a phenomenal job at chronicling the events and ideas that led to the monorail becoming a reality in the first place. It follows Disney’s relationship with the Alweg company, who had worked with Disney on a previous short-lived project, The Viewliner, a futuristic-looking train that only lasted a year at Disneyland. Another fascinating piece of monorail history was Walt’s happy coincidence in having stumbled across the Alweg company facility in Europe while going on a freestyle road trip. Walt fell in love with Alweg’s monorail and it inspired him to begin conversations about building one in Disneyland. As Bob Gurr recounts this story; “it’s a case of serendipity. Thirty seconds one way or the other, we might not have had a monorail in Disneyland!”

Aside from the informative written content of this book, it is a phenomenal collection of gorgeous artistry and concept art including the works from the likes of Sam McKim, Herb Ryman, John Hench, Bruce Bushman, and others, and stunning vintage photos from the golden era of Disneyland. The writing and research team behind this book, comprised of Jeff Kurti and Vanessa Hunt (along with the book cover by Paul Wolski), are nothing short of Disney legends themselves. Hunt, is often recognized for her other Disney Parks book projects like Poster Art of the Disney Parks and Maps of the Disney Parks. In addition to those works, she also a Design Asset Specialist at Walt Disney Imagineering (WDI), overseeing the preservation and restoration of historical artwork and documents from the history of the Disney theme parks. Her knowledge undoubtedly shines through with this book, showcasing remarkable artwork from the WDI archives and its storied history. Along with Hunt, Kurti brings his vast experience of all things Disney to deliver another great book chronicling the history and artistry of a Disney classic.

The Disney Monorail marks yet another worthy and entertaining Disney coffee-table book from the Disney Editions/D23 team, which will please even the most knowledgeable Disney aficionados. Blending history with gorgeous artistry, The Disney Monorail: Imagineering a Highway in the Sky is a testament to the imagination and ingenuity of Walt and his team of Imagineers, and the desire to create solutions for the future. Sadly, Walt passed away before he could see his hope of the future take shape, but as this book shows, his dreams live on in their own respectively remarkable ways. This book will entertain, move you, and shock you, so you may want to be sitting down for this one – but if you are standing, please hold on to the handrails and stay clear of the doors — they will be closing in a moment.

The Disney Monorail is now available to purchase on Amazon and wherever books are sold. 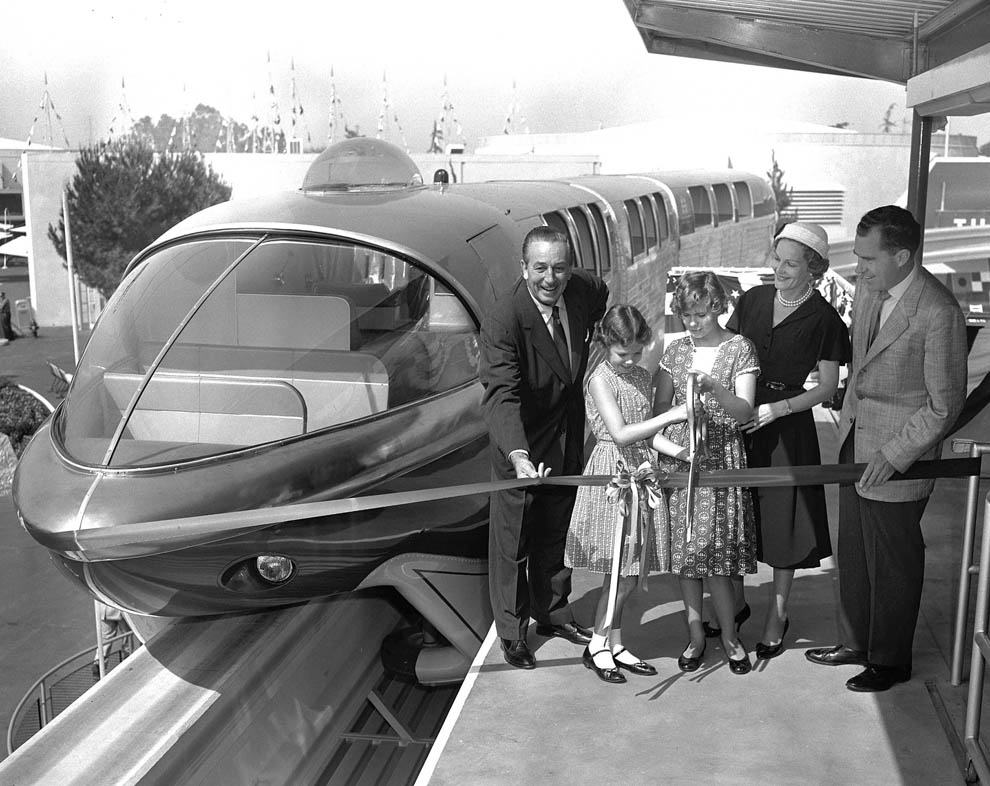